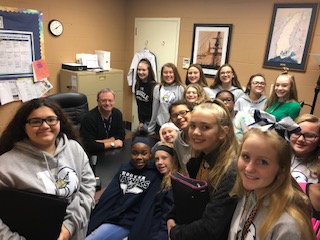 Principal Hall invites students to lead the Pledge of Allegiance in the mornings to start the day. However that is not all Mr. Hall does for the Hoover Middle School Hawks. We asked students why they were grateful or thankful for Mr. Hall and these were just some of their responses.

I’m thankful for Mr. Hall because … Mr. Hale spoke to the students about the American Revolution, but with a twist. Mr. Hale informed the students about the American Revolution from the perspective of a British soldier. Instead of reading information or showing a PowerPoint presentation, Mr. Hale gave the students a plethora of information by "reading historical replicas" that were associated with the British army during the American Revolution.
Mr. Hale had a replica of a British soldier's red coat. The coat had 26 decorative buttons. The buttons were stamped with a crown, three feathers and the number “23.” This button identified the soldier’s 23rd regiment. The coat had blue trim. The trim showed that this was a royal regiment sponsored today by Prince Charles.
The cap that this regiment wore was very tall and made of black bear fur. It was very heavy. But the purpose of this impractical cap was to add height to a British soldier, making him intimidating to American soldiers.
Another replica Mr. Hale showed the students was a cartridge box. A cartridge box was leather and filled with individually packed amounts of gunpowder and musket balls. It was attached with a leather strap and carried behind you for safety.
Other artifacts Mr. Hale brought with him were a canvas Gator worn on the legs to protect the shoes and legs much like a boot, a canteen for water, a satchel for holding personal items and a bayonet. The bayonet made a large wound that was very slow to heal.
Mr. Hale pointed out that one difference between British and American soldiers was that the British soldiers had to pay for their food, equipment, uniforms and health care. But interestingly, there were similarities to why men joined both armies.

Both in England and America men join to serve their country, for patriotism and loyalty and to protect people's rights.


West students thank Mr. Hale for bringing these historical replicas to life. It was interesting to hear the facts from "the other side of the coin.”  Mr. Hale gave great food for thought. One important takeaway was that truthfully, globally, we are more alike than we are different.
Submitted by Sara Bochenek 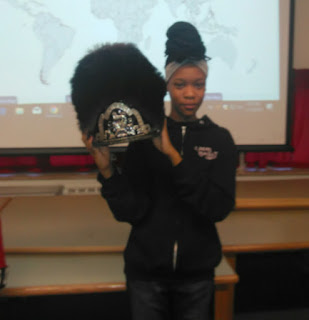 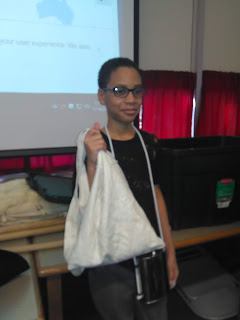 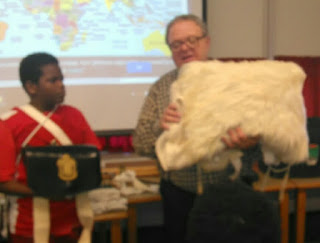 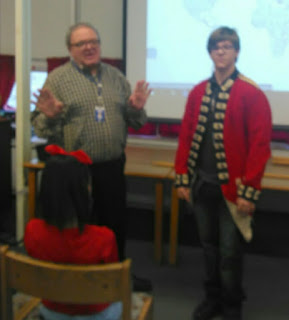 Taylor Parks Elementary School students in Mrs. Abramas' and Mrs. Said's class celebrated their own Thanksgiving by making butter, pie and other harvest treats.  They learned about Pilgrims, the Mayflower and friendships – and fun was had by all. 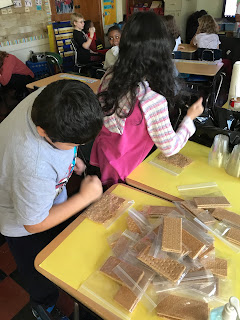 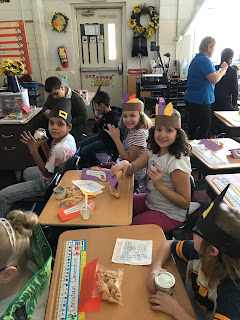 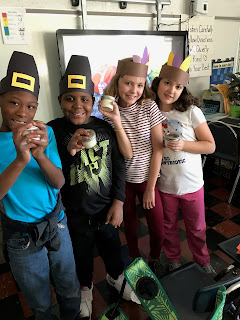 TAYLOR HIGH SCHOOL students give away turkeys to the needy 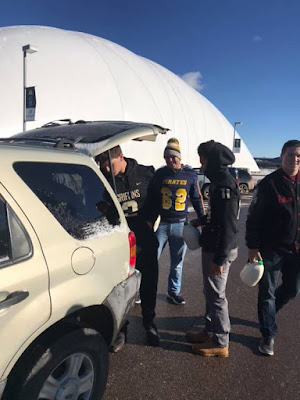 Taylor High School Griffins were making a difference this holiday season through the LEAD Foundation and the Legacy Football Turkey give away for the needy.
Posted by Karl Ziomek at 9:58 AM No comments:

THS had four of our very own students as presenters for one of the workshops. Karizma Melendez and Sylvester Grant presented on the annual DECA fashion show and Mohammad Monet and Vheena Villareal presented on the print company focusing on our successful sale of “Griffin Heads” for the powder puff game.

They received raving reviews and did a phenomenal job presenting. They also presented to the National DECA advisory board about the school’s marketing program.

Two students, Sana Abedi and Adria Nyarko, represented Taylor High School and the State of Michigan by winning medals for top role-play score and top exam score out of the 13 states in the region for the mock competition.

Josh Myles won a five-pound chocolate bar from the World's Finest Chocolate fundraising company and the school’s advisor, Carly Lundgren-Barnard, along with the advisors from Jenison HIgh School, won the downtown scavenger hunt.

The 14 Taylor students that attended this conference will be bringing back so many amazing ideas and advice for the school’s marketing students to flourish at district and state competition as well as in our school and community.

“I am so proud of their professional behavior and how well they did,” said Lundgren-Barnard. 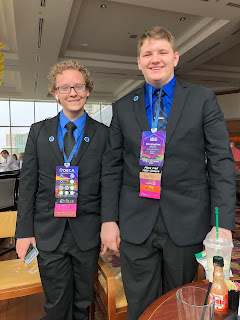 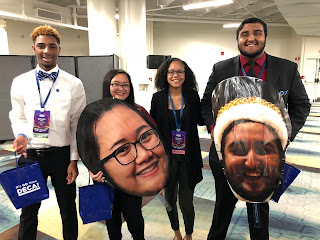 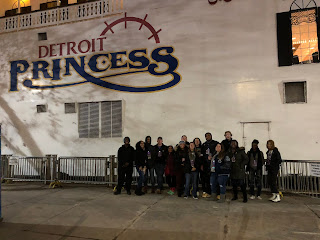 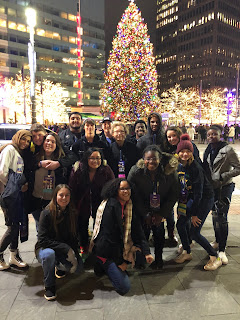 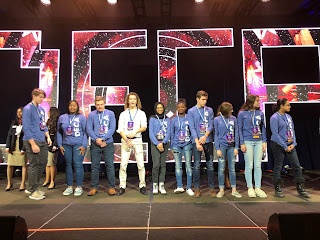 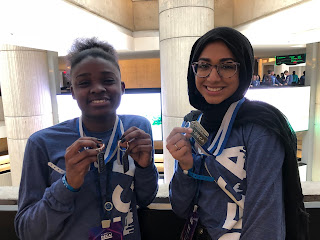 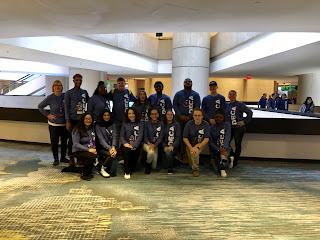 Posted by Karl Ziomek at 9:55 AM No comments: 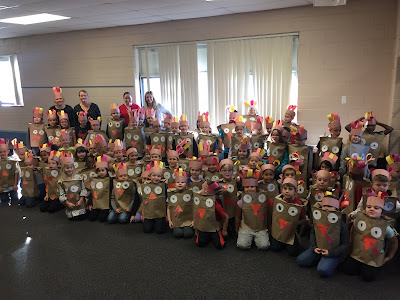 Posted by Karl Ziomek at 9:48 AM No comments: