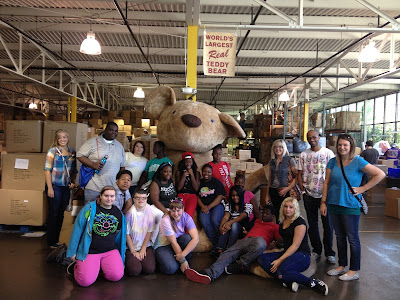 Earlier this month the Kennedy Action Center students took a field trip to the Teddy Bear Factory in Chelsea, which included a factory tour and chance to build their own Michigan-made teddy bear.

After that the group loaded the bus and drove to Horse’ N Around Stables for an hour-long trail ride. 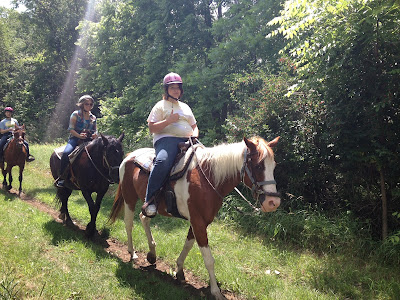 Out of the 18 students that attended, only three had ever been on a horse before, and only one had ridden on a trail.

Overall it was a great experience. Horse’ N Around stables is unique because it is a rescue for horses.

More recently the group went to Oakwood Metro Parks with Riverside Kayak Connections and had instruction and an hour-long kayak trip on the river.

Only a few students had ever been in a kayak, and one student in particular was such a natural that they suggested he apply for a tour guide position!

Oakwood Metro Parks Nature Center gave the students a hand’s on experience and allowed them to hold the snakes that they have on location. We had a few brave students who jumped at the chance!

More photos of the trip will be posted in upcoming blogs ...

TAYLOR READING CORPS: Volunteers needed for expansion into second-grade in the fall

The Taylor Reading Corps is looking for a few good men and women. About a 150 of them, in fact, by the start of the school year this fall. 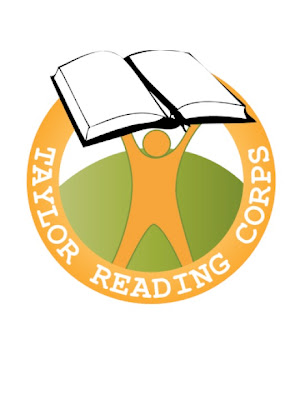 The TRC, a non-profit organization dedicated to recruiting, training and supervising adult reading mentors for preschool and lower-elementary pupils in the Taylor School District, will continue to expand its program this fall. The organization started in 2011-12 when it focused on just kindergarteners. Last year, it expanded to preschool and first-graders. This year, it plans to expand its services to second-graders in the district.

Of course, the TRC is only as effective as its volunteer force, and that group needs more bodies.

Currently the TRC has nearly 200 volunteers working with a little over 230 children. Sixty volunteers are serving the preschool level.  At the end of the last school year, there were still 71 children who needed mentoring that the TRC could not accommodate. And with the coming of the fall, the TRC needs 150 more volunteers to expand into the second grade.

Every subject in school depends heavily on good reading skills. Even life skills depend on reading, which is way 75 percent of American prison inmates cannot read at more than a lower-elementary level. Getting behind the learning curve -- and getting behind it early -- is dangerous to any youth in the country.

Volunteering to mentor with the Taylor Reading Corps is an easy, as well as rewarding, experience. The organization provides easy training, scheduling, all the materials that you'll need and even optional get-togethers to share problems and solutions with other peer mentors.

You'd be surprised at the results.

For instance, statistics showed that non-TRC children tested out at a two-to-one advantage in simple letter identification over non-proficient pupils being mentored in the reading corps. However, after being tutored, the TRC children improved 266 percent in the letter ID category -- while non-tutored pupils only improved at a 62 percent rate. In fact, TRC-tutored children improved at a greater rate than their more proficient peers in every category tracked: accuracy, letter ID, known words, concept of print and level. That didn't mean that they caught up, but it did mean that they are narrowing the learning gap, and have a good chance at being proficient by the end of the third grade.

The TRC's mission is to have every pupil in the Taylor School District reading at a proficient level by the end of the third grade. But the organization can only do that if you help.

To volunteer, support or donate to the Taylor Reading Corps, email info@taylorreadingcorps.org, call 1-313-769-6730, or click on the TRC Web site here to go to the home page. To go directly to the TRC volunteer page, click here.

You are needed badly. And you won't regret it.